One of the important customs for Iranians in the beginning of the New Year is visiting their relatives. The Iranian New Year begins on the first day of spring. Spring season is the symbol of productivity, fertility and revitalization.

Iranians consider the rebirth of nature after the winter-long inactivity a signal that they need to awaken from negligence and carelessness. They believe that in the new year they have the power to recreate themselves.

Every year, for this reason, many Iranian families travel to the southern and western parts of Iran. Because most of the families lost one member or more of their family in the war between Iran and Iraq during the years 1980 to 1988, they travel to the war regions in order to begin the new year with memories and thoughts of their lost loved ones.

Khuzistan Province in the frontier region of Talaiie during the Iranian New Year holidays. Many families come here during this time to visit the ground where their sons and husbands were martyred during the Iran-Iraq war.
According to the Iranian government’s official statistics, the Iran-Iraq War resulted in 213,000 dead, 335,000 injured, 40,000 soldiers taken captive and cost $500 billion dollars [these figures do not include the ongoing costs and deaths of chemical warfare victims]. At present, 2,400,000 hectares of land (3,459,000 acres) are still contaminated by mines and each week an average of 15 people who live there lose their lives because of the mines. This war, with the exception of Vietnam War, is said to have been the world’s longest war in the 20th century.
The Iranian government has cleared a part of the western and southern regions of mines and allows the public to go and visit the war-hit lands at certain periods such as the New Year days.

Most of the war regions are in non-urban areas and close to the frontiers. Because the frontier towns are distant from the cleared lands, people congregate and travel in groups by bus. These regions have not been improved—the machinery of war is still present. Because these are places where thousands died and many bodies have not been found, the territory is sacrosanct. Because they believe that martyrs are alive forever, receiving sustenance from God but without a corporal presence, most visitors walk barefoot in respect and reverence for the fallen.

I have tried to be an honest visual narrator of this connection between mothers and their children, and between the widows who speak silently with their husbands. It seemed to me as if their loved ones had just recently departed, not some 18 years ago with the end of the war.

This part of the Iranian people who had an active presence in the revolution of 1979 and who lost a dear member of their family in the war have had a great say and important role in the history of Iran over the last 30 years. 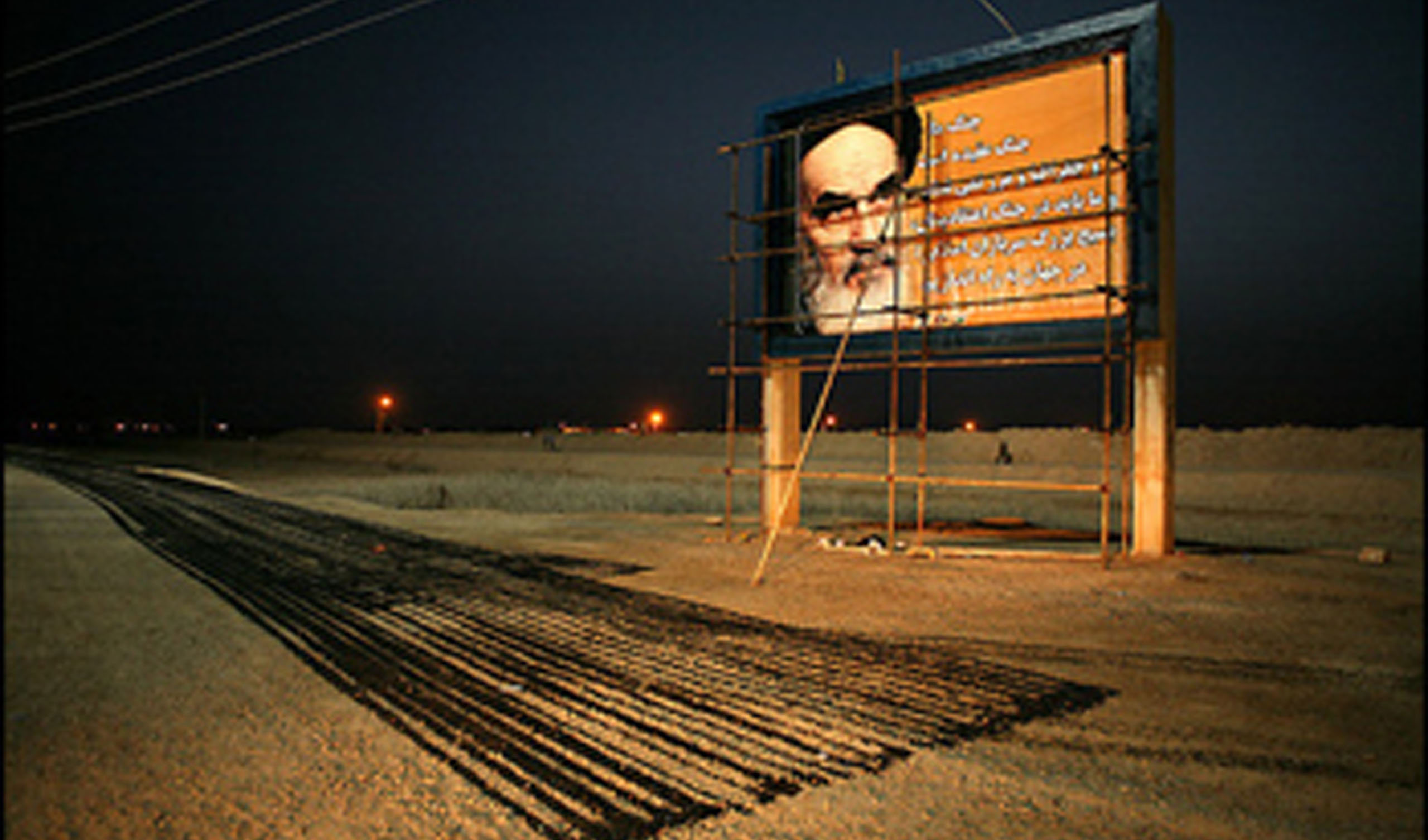 Khuzistan Province, a frontier region of Talaiie, Iran. During the New Year holidays, women pray at one site of the Iran-Iraq war, blessing their lost family members and, perhaps, discovering one for themselves. They know that their husbands and sons suffered martyrdom though neither the bodies nor any identification papers have been found yet. This region of war has been kept intact and maintained with the war machinery still in place.

These circumstances are of great importance to me and they are the main reason I go to Khorramshahr. The distance between Tehran and Khorramshar – the far southern part of the war-hit areas – is 1,001 kilometers (622 miles). During the war, Khorramshahr fell into the hands of Iraqis; however, it was taken back with great effort by the Iranians. After the city was freed, Khorramshahr became a symbol of unity and sacrifice for the Iranians because a great number of Iranian youths from different cities in the country were part of the liberation operations and many of them lost their lives.

Because of the gathering of these families in the region during the New Year holidays, it is a valuable opportunity for foreign reporters to travel there to both sympathize with the people’s beliefs and thoughts, and to approach the families who have played their part in Iranian history (the number of people who journey there is decreasing because of mortality and the fading memories of a new Iranian generation).

When I returned home after the last day of the observance, I found that all my photos had been accidentally deleted from my camera! In Tehran I was able to get them back with recovery software. This reminded me of the words I heard the father of a family say: “This schizophrenic history is not a cloudless mirror reflecting the whole reality.” He was reading a piece of poetry from Molana, the great Iranian poet. In it the poet observes that Truth was a mirror God held; it fell onto the earth and broke into pieces. Every human being took a piece and then they looked at their reflections and thought the whole Truth was what they could see in that piece of mirror. Whereas, Truth is formed when all the pieces of the mirror are put together. 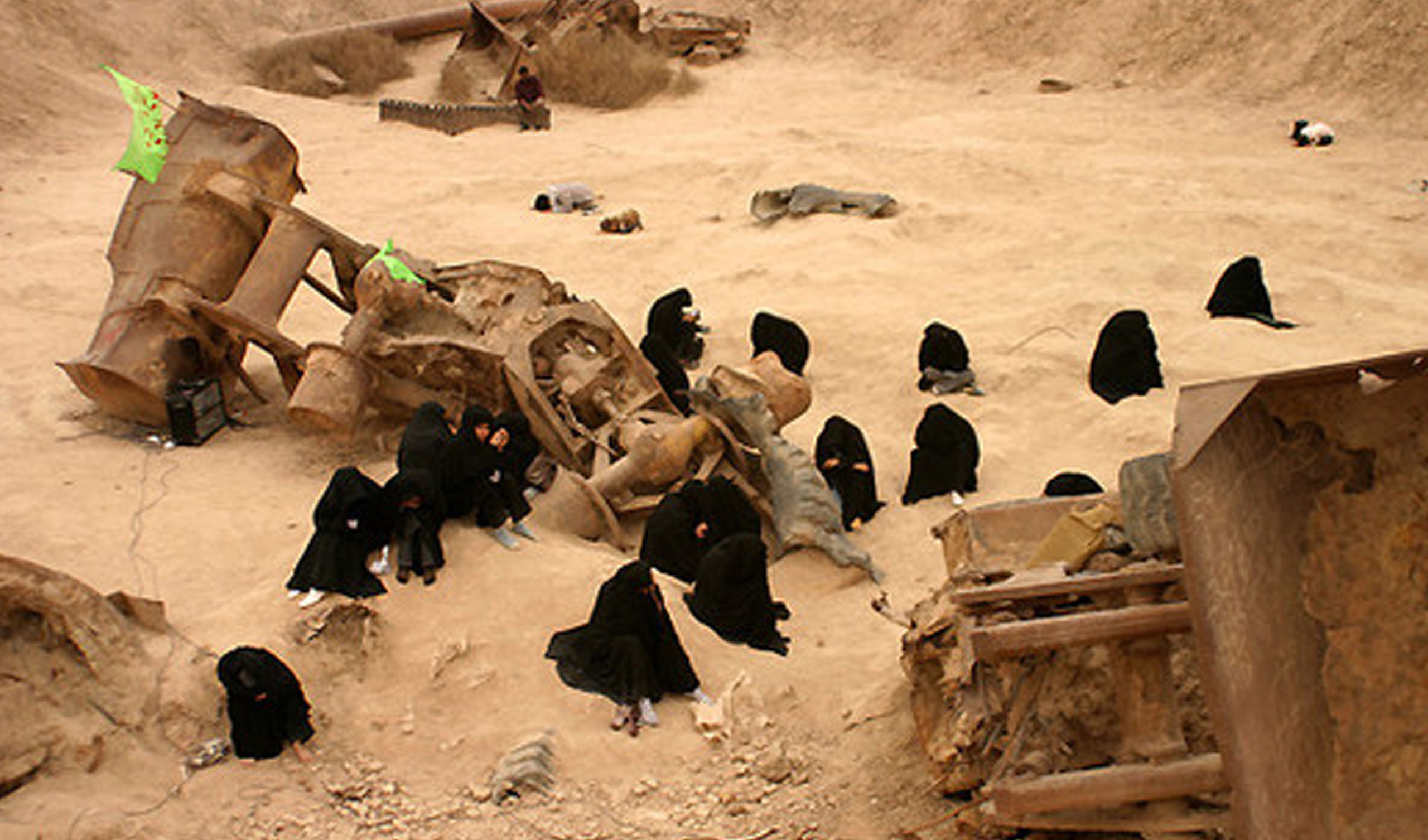