I went to the city of Khorramabadi to cover their observances. It is located in the Lorestan province in western Iran. I was in the city last year for the ritual and used what I had learned to cover the event.

In Iran there are many special religious ceremonies held each year. The most important one for Iranians comes in Moharam [roughly the western Feb./March], the first month of the Islamic calendar when on the 10th day of the month Imam Hussein, the third Imam, and 72 of his followers were killed for their beliefs. His family was captured by the enemy army. This day marks the beginning of Ashura. Every year during this month Muslims mourn to keep alive the memory of the Imam and his martyrdom. The mourning rituals of Ashura are very different in each part of Iran. Ceremonies have grown out of the history and culture of each region over the centuries.

I went to the city of Khorramabadi to cover their observances. It is located in the Lorestan province in western Iran. I was in the city last year for the ritual and used what I had learned to cover the event.
In this particular place, men make pools of mud by digging dirt out of the ground and returning some of the loose soil, mixed with water, creating mud baths. The sight of the men moving around the brown pools, scooping up the mud and slapping it on to themselves begins to look like a dance. For me, they were dancing with the earth. A fire is started and they stand around it until the sun rises, as the mud dries and tightens its grip on their bodies. 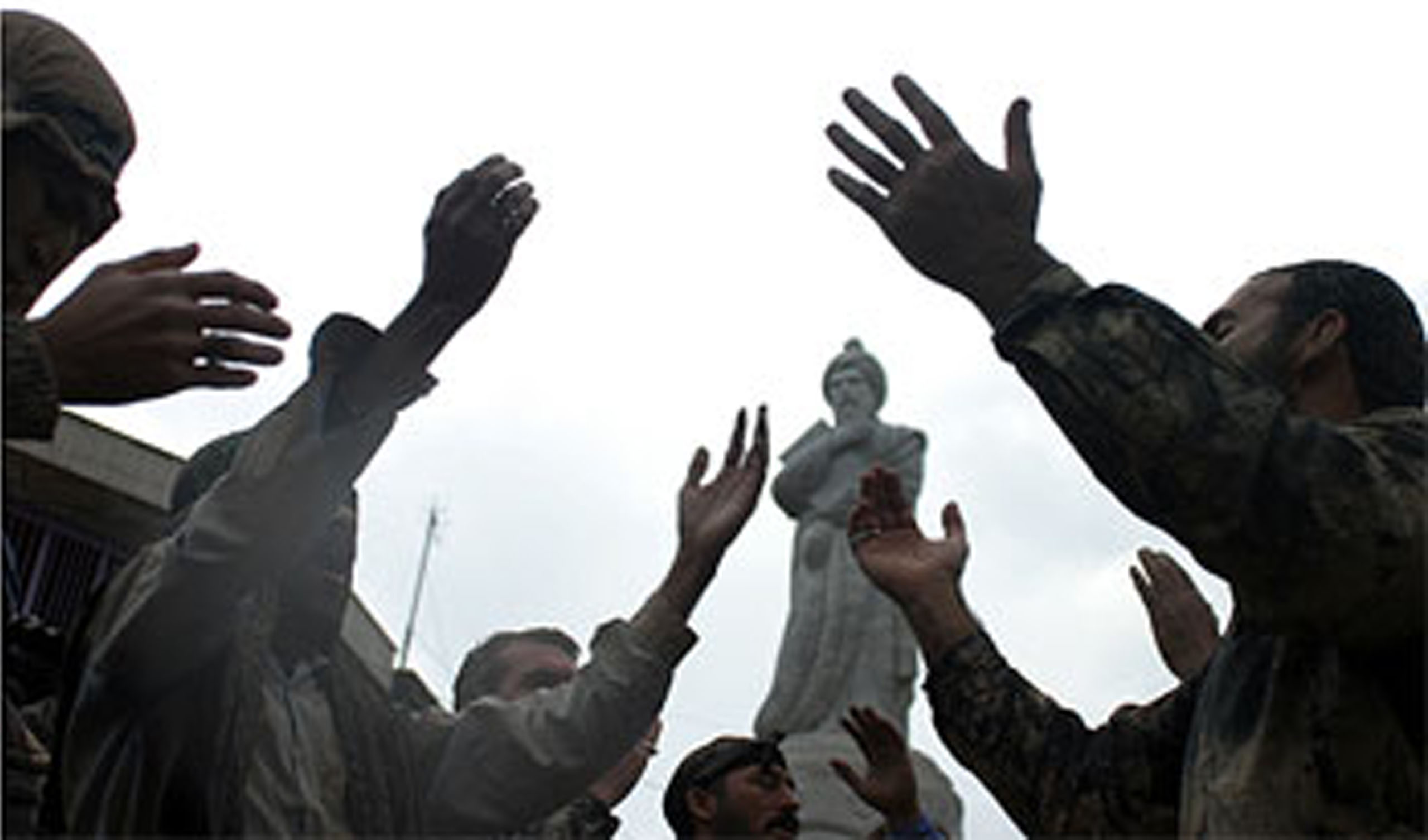 Men in Khorramabadi, Iran, observe the mourning ritual in honor of Imam Hussein, the Prophet Muhammad’s grandson. Every year, on the 10th day of the first month of the Islamic calendar, Persian Muslims mourn to keep alive the memory of the Imam and his martyrdom.

The men said, “When we coat ourselves with the rough mud we remember that we were created from the earth’s soil. When we draw together around the fire, we all mourn. We believe that God is in the society and not in the individual; we know that we need each other.” 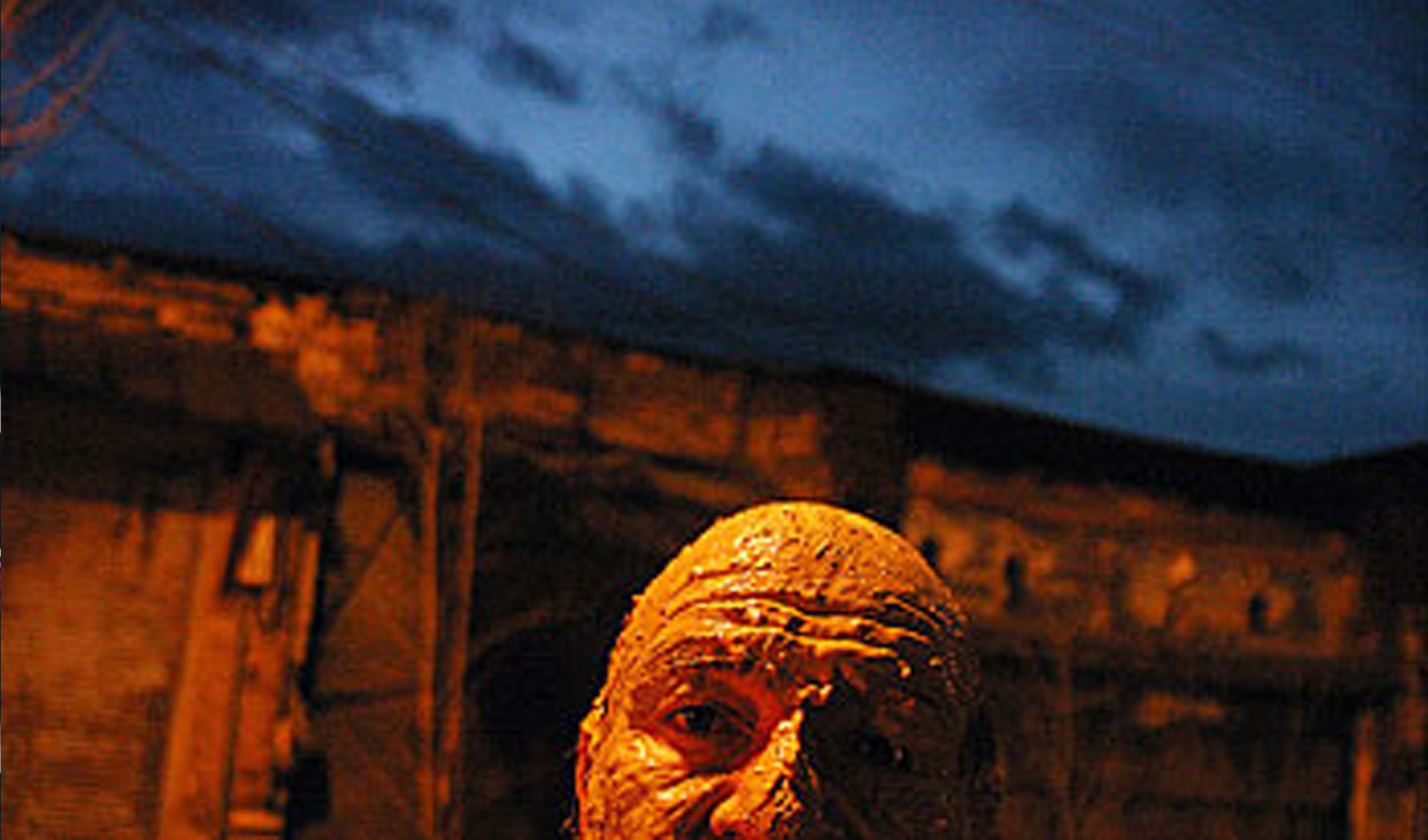 A man in Khorramabadi, Iran, after coating himself with mud, part of an annual mourning ritual observed by Muslims to honor the martyrdom of the Prophet Muhammad’s grandson, Imam Hussein.

I was able to make photos because the people of Khorramabadi wanted others to see their ceremonies. I tried to be a mourner and see it through their eyes rather than be from the outside as a photographer. Working among the muddy crowd meant that my camera and I were completely covered with mud!

One local man named “Sayed” had accompanied me. He insisted that I go to his home rather than the hotel. This was fortunate because I could be closer to the people. They shared their ideas more comfortably in private than in public. I experienced firsthand both their laughter and the tears in their eyes.

I believe that everything in the world is dancing, from the earth dancing around the sun to a single leaf drifting to the ground. Dancing releases me from my body and I try to get closer to the soul. Dancing and mourning share this because they both release the soul from its cage.

There are two problems facing these rituals: first, while they are often covered, the internal media does not use the images, and second, the influence of the mass media has gradually eroded these unique rituals. How will children learn to appreciate their native culture in a world of media, big business and world trade? Most Iranians know nothing about Khorramabadi’s ceremony and the philosophy behind it. Maybe it is our duty not to let rituals such as these be forgotten.